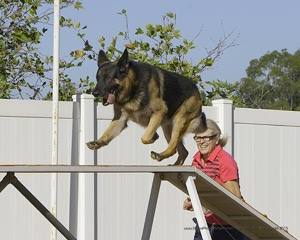 Congratulations to our club member Deborah Stern! While attending and competing at the German Shepherd Dog Nationals held this October at Purina Farms in Missouri, our parent club, the German Shepherd Dog Club of America, presented her with the Don Cliff Memorial Good Sportsmanship award for 2015.  This award annually recognizes the member who demonstrates good sportsmanship as an exhibitor, whether winning or losing, gives his/her time, energy and/or means to the sport of dogs and the German Shepherd Dog; demonstrates kindness and consideration for newcomers in the breed by encouraging and supporting their growth of knowledge in the breed; is active in conformation or performance maintains high ethical standards in all circumstances and has been a member of the GSDCA for a minimum of 10 cumulative years. 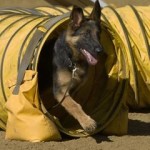 Deborah Stern meets all of these requirements and more and we join the parent club in recognizing all her efforts and contributions to promotion the total German Shepherd Dog over the years and her constant encouragement to all fellow GSD lovers and club members.  Now the GSDCSGV has two Don Cliff Memorial Award recipients, our, Debra Kaser received this award in 2013!!!  Huge congratulations to both of our “Debbies” for all of your efforts!!!  You make us one very proud club!!!
Debbie Stern competed with Dante in agility at Nationals in October 2015 and also debuted Dante’s daughter, Rave!